ICAR/17 researcher and then associated professor at the Dipartimento di Architettura in Florence, Italy Master Degree Thesis in Architecture, Ph.D. in “Rilievo e Rappresentazione dell’Architettura e dell’Ambiente” (architectural and landscape survey and representation). He is specialized in digital survey, using 3D laser scanner and photogrammetric technologies, photographic survey, image post processing, CAD representation, multimedia and 3D computer graphic. His activities are based in the DiDALABS System, he entered the Faculty as researcher in 2006 and confirmed his role in 2009, for the Architecture Faculty he has been professor for the “Disegno Automatico” (CAD and Computer Graphic) from 2000 to 2012, for the “Disegno dell’Architettura” (Architectural Drawing) since 2009, in the past he took care about the “Elaborazione delle Immagini II” (Image post processing) and “Laboratorio di Informatica” (Informatic activities) courses at the Junior Degree Thesis courses in “Progettazione della Moda” (Fashion Design) in Firenze.

In 2010 he took the “Disegno per la Moda” (Fashion Drawing) course. He took the “Disegno Automatico” (CAD and Computer Graphic) course in the Teaching Module “Tecnico rilevatore per i Beni Culturali” (Technical operator for Cultural Heritage) at the Università degli Studi di Firenze in 2004, 2005 and 2006. He has been professor for a large number of courses in the subject area of the survey and representation and in Computer Graphic as well, for schools, municipalities, private structures. He has been professor for the “Disegno” (Drawing) Course at the Facoltà di Ingegneria Civile at the Ecampus online University from 2008 to 2014. He is professor of “Computer Graphic” at the Catholic University “Nostra Signora del Buon Consiglio” in Tirana, Albania since 2015. From 2006 he is active in various international conferences about Cultural Heritage and Digital Media, he founded the Fortmed international conference together with Pablo Rodriguez-Navarro in 2015, the AACCP international scholar workshop with Per Cornell in 2014 and the ArCO international Conference with F. Collotti, S.Viti and A. Brodini in 2019.

Coordinator of the DIDALABS system at his department in the period 2013-2021, Coordinator of the “eXtended Realities Laboratory (DIDA-LXR) since 2019. Author of more than 200 articles/books/chapters about digital survey and reconstruction, extended realities for arts and built heritage.

When I began a stable activity as a university researcher, I started looking around for more than just working in the Florentine pool. At that moment a print on a table in the office of the PhD coordinator arrived in my hands, it was the call for the CHNT 2006. The period, the subjects, the program were too interesting to miss the participation. Most of all reading “informal farewell at the Byeronimous” was revelatory… “if they close the conference drinking beer, these people know how to live”. It was a revelation, I kept on participating year by year since then. 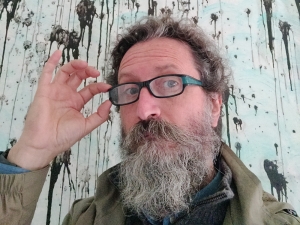