Hendrik Rohland has been studying Medieval Archaeology, Medieval History and Early Modern and Modern History at the University of Bamberg between 2004 and 2011. Since 2010 he is a member of the Mongolian-German Orkhon-Expedition of the German Archaeological Instiute in cooperation witht the Mongolian Academy of Sciences and the National University of Mongolia. The expedition researches the ancient sites of the Orkhon Valley in Mongolia, especially the urban centres of the medieval nomad empires. He is especially interested in the archaeology of urban communities, cultural exchange along the silk and steppe roads and urban planning and architecture.

In 2019 he defended his doctoral thesis on the excavations in the northern districts of Qara-Qorum, former capital of the Mongol Empire. The excavations yielded a presumable Nestorian-christian church, showing diverse cultural influences from China, Middle Asia and even Europe. This case study has provided evidence for the idea, that the steppe imperial cities served primarily as a means of communication and integration between the sedentary populations of the empire with their nomad overlords. At the same time, it was a case study to explore the possibilities of modeling the complex spatial and attribute data of a legacy excavation using solely open source software.

Besides his archaeological interests, he is an engaged in remote sensing, digital data recording, management and analysis, with a special interest in free and open source software solutions such as Database Managements Systems, GIS and 3D software. Since 2020 he works in a cooperation project of HTW Dresden, National University of Mongolia and the German Archaeological Institute to develop an educational programme for applied computer and geoscience methods in archaeology. He organized summer schools on these topics in 2020 and 2021. In 2022 he teaches Digital Archaeology, Database and GIS applications and digital fieldwork practice as a DAAD short term lecturer at the National University of Mongolia.

When I first attended CHNT to present the results of our remote sensing and 3D reconstruction work in Mongolia in 2018 I was instantly fascinated by the inspiring atmosphere and the enthusiasm that the people of the CHNT community exhibited during the conference. As I have a strong interest in innovative digital methods and wanted to contribute, I became part of the organization committee in 2020 to support the publication of the CHNT Proceedings. Since 2022 I also became a member of the scientific commitee and am happy to be part of this thriving community. 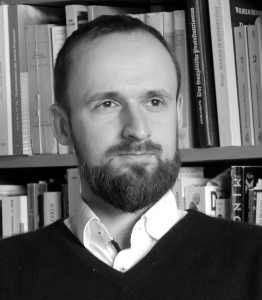