is archaeologist and historian. He 2011 graduated as Magister in Medieval and Post-Medieval Archaeology and History at the University of Bamberg. He has been working as field archeologists in many research and cultural heritage management excavations. Since 2010 he participates in the ongoing research of the German Archaeolgical Institute on medieval urban sites in Mongolia, has directed several excavations at the site of Qara Balgasun and published several papers and reports on the topic. 2019 he finished his doctoral thesis at the university of Kiel. The thesis dealt with the analysis of the excavated site of a presumable church in Qara Qorum, the capital of the medieval Mongol empire, and its implications for the concept of urbanism in a nomadic context.

Hendriks research interests are the medieval nomadic empires and their contribution to cultural exchange in the old world, nomadic settlement systems and urbanism, GIS and data-modeling in archaeology, 3D-documentation and -reconstruction and satellite and UAV-based remote sensing.

Since 2020 Hendrik is part of an interdisciplinary project “Archaeo-informatics” at the Hochschule für Technik und Wirtschaft (University of Applied Sciences) in Dresden. 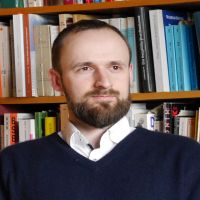