Irmengard Mayer, CIPA member since 2011 and ICOMOS member since 2012, studied architecture at the Vienna University of Technology. Her focus is on object-based and interdisciplinary documentation and analysis of historical and vernacular architecture around the world. She collaborated on the basic inventory of the Wiener Kulturgüterkataster.

From 2006 to 2019 she was a collaborator in the FWF project The Domitilla Catacomb in Rome and worked on the documentation of the Eastern Great Buddah’s in Bamyian, Afghanistan, the Maiden’s Tower in Baku, Azerbaijan or the historic roof works of the Hofburg in Vienna as a project and/or university assistant at the Department of History of Art, Building Archeaology and Restoration at TU Wien. Since 2019, she is a project assistant in the project “Hisn al-Bab: Late Antique Frontier” at the Austrian Archaeological Institute of the Austrian Academy of Sciences.

She has been Secretary General of the Austrian National Committee of ICOMOS since 2018 and, together with Ulrike Herbig and Wolfgang Börner, founded the association CHNT – ICOMOS to continue the international conference Cultural Heritage and New Technologies 2021. 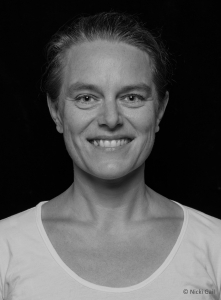